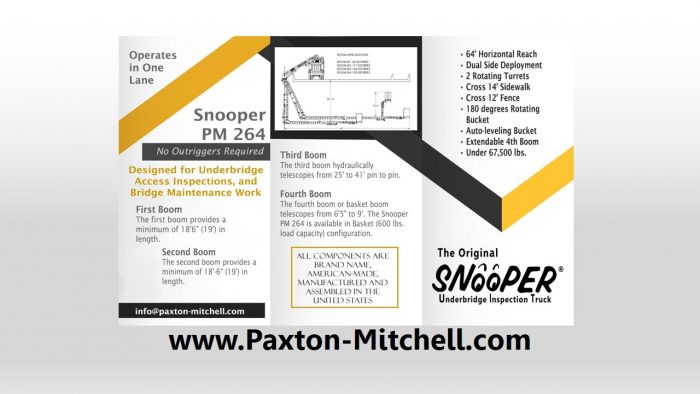 1 2 3 The Snooper Series 260 offers advanced feature’s unmatched in the industry. The main turret has an extraordinary 360-degree rotation! The 270-degree 2nd turret rotation and the 60′ horizontal reach from outer edge of the bridge allows a massive underbridge access up to 6,800 square feet. Rolling stabilizers allow driving forward or reverse […]

The Paxton-Mitchell Snooper Truck Annual Inspection is an essential and required function. An annual inspection or yearly inspection consists of an operational, visual and somewhat mechanic inspection of the Snooper Truck unit without having to disassemble it. This is done on an annual basis in addition to daily, weekly, monthly, three-month, and 6-month maintenance as […]